i_need_contribute
One Year, 400,000 Coronavirus Deaths: How the U.S. Guaranteed Its Own Failure
source：The New York Times 2021-01-18 [Medicine]
After the White House declined to pursue a unified national strategy, governors faced off against lobbyists, health experts and a restless public consumed by misinformation.

The path to beating the coronavirus was clear, but Kelley Vollmar had never felt so helpless.

As the top health official in Missouri’s Jefferson County, Ms. Vollmar knew a mandate requiring people to wear masks could help save lives. She pressed the governor’s office to issue a statewide order, and hospital leaders were making a similar push. Even the White House, at a time when President Trump was sometimes mocking people who wore masks, was privately urging the Republican governor to impose a mandate.

Still, Gov. Mike Parson resisted, and in the suburbs of St. Louis, Ms. Vollmar found herself under attack. A member of the county health board called her a liar. The sheriff announced that he would not enforce a local mandate. After anti-mask activists posted her address online, Ms. Vollmar installed a security system at her home.

“This past year, everything that we’ve done has been questioned,” said Ms. Vollmar, whose own mother, 77, died from complications of the coronavirus in December. “It feels like the Lorax from the old Dr. Seuss story: I’m here to save the trees, and nobody is listening.”

For nearly the entire pandemic, political polarization and a rejection of science have stymied the United States’ ability to control the coronavirus. That has been clearest and most damaging at the federal level, where Mr. Trump claimed that the virus would “disappear,” clashed with his top scientists and, in a pivotal failure, abdicated responsibility for a pandemic that required a national effort to defeat it, handing key decisions over to states under the assumption that they would take on the fight and get the country back to business.

But governors and local officials who were left in charge of the crisis squandered the little momentum the country had as they sidelined health experts, ignored warnings from their own advisers and, in some cases, stocked their advisory committees with more business representatives than doctors. 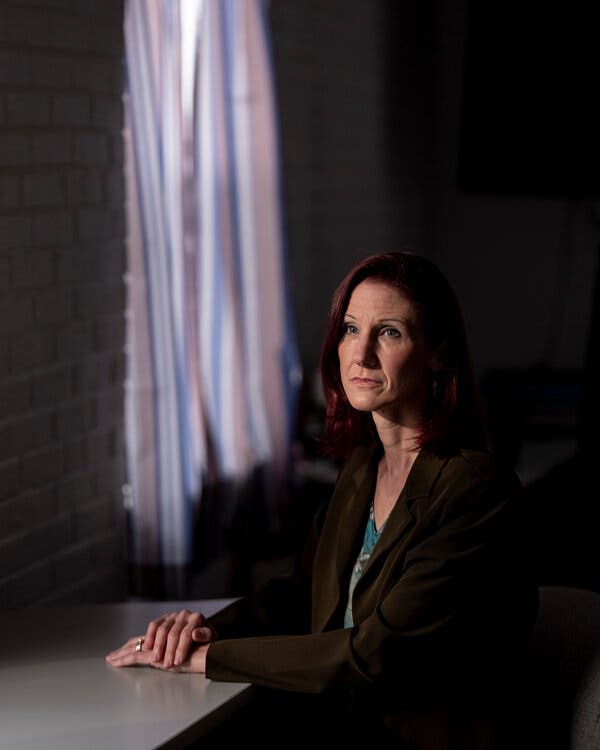 “This past year, everything that we’ve done has been questioned,” said Kelley Vollmar, the top health official in Jefferson County, Mo. “It feels like the Lorax from the old Dr. Seuss story: I’m here to save the trees, and nobody is listening.”Credit...Whitney Curtis for The New York Times

Nearly one year since the first known coronavirus case in the United States was announced north of Seattle on Jan. 21, 2020, the full extent of the nation’s failures has come into clear view: The country is hurtling toward 400,000 total deaths, and cases, hospitalizations and deaths have reached record highs, as the nation endures its darkest chapter of the pandemic yet.

The situation has turned dire just as the Trump administration, in its final days, begins to see the fruits of perhaps its biggest coronavirus success, the Operation Warp Speed vaccine program. But already, a lack of federal coordination in distributing doses has emerged as a troubling roadblock.

The incoming president, Joseph R. Biden Jr., has said he will reassert a federal strategy to bring the virus under control, including a call for everyone to wear masks over the next 100 days and a coordinated plan to widen the delivery of vaccines. “We will manage the hell out of this operation,” Mr. Biden said on Friday. “Our administration will lead with science and scientists.”

The strategy signals a shift from the past year, during which the Trump administration largely delegated responsibility for controlling the virus and reopening the economy to 50 governors, fracturing the nation’s response. Interviews with more than 100 health, political and community leaders around the country and a review of emails and other state government records offer a fuller picture of all that went wrong:

Gov. Jared Polis of Colorado said states had faced difficult choices in balancing the virus — often hearing competing voices on how to do it best — and said Mr. Trump had left them without the political support they needed as they urged the public to accept masks and social distancing. “The single biggest thing that would have made a difference was the clarity of message from the person at the top,” Mr. Polis said in an interview.

The pandemic indeed came with significant challenges, including record unemployment and a dynamic disease that continued to circle the globe. Without a national strategy from the White House, it is unlikely that any state could have fully stopped the pandemic’s spread.

But ​the majority of deaths in the United States have come since the strategies needed to contain it were clear to state leaders, who had a range of options, from mask orders to targeted shutdowns and increased testing. Disparities have emerged between states that took restrictions seriously and those that did not.

America now makes up 4 percent of the world’s population but accounts for about 20 percent of global deaths. While Australia, Japan and South Korea showed it was possible to keep deaths low, the United States — armed with wealth, scientific prowess and global power — became the world leader: it now has one of the highest concentrations of deaths, with nearly twice as many reported fatalities as any other country.